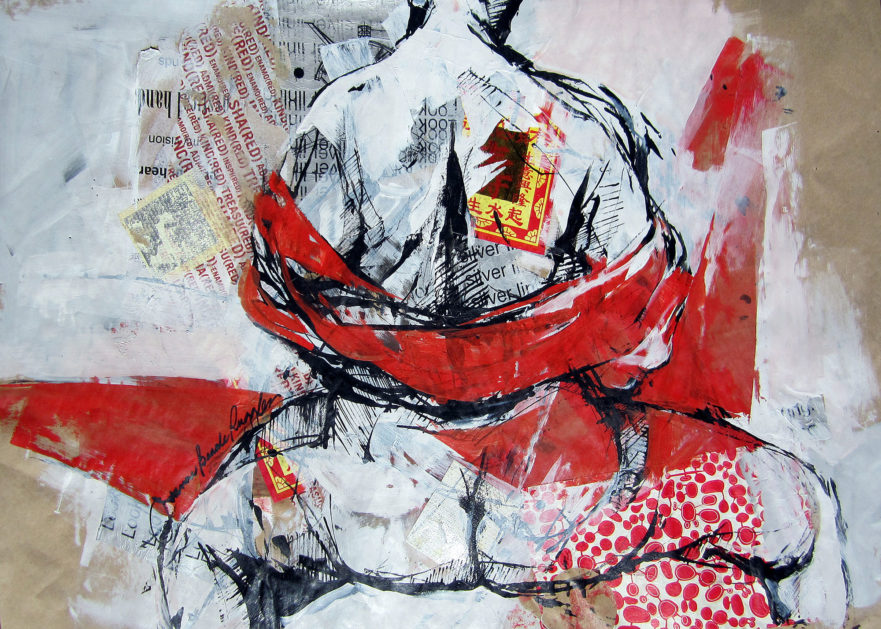 What does this have to do with sticks? Years ago, I was exploring various tools that I could utilize as expressive marking pens. Dowels looked appealing because of their length and various diameters. Breaking them into two to four foot lengths I was able to distance myself from trying to tightly control their marks. I did not permit myself to carve them, but instead allowed them to break, as they wanted to.

The dowels that snapped into pieces with a three to six inch shard at the drawing end were my favorites. This shard would allow ink to flow down to the point just as any primitive pen might have functioned. Traditional two ounce bottles of India ink would not work with these fabricated pens, so I learned to use ink in quart bottles to allow the dowel pens to fill up sufficiently.

The pens I devised were in many ways unforgiving – India ink is non-negotiable – I had to embrace the idea of working quickly and could not spend any time trying to fix any perceived imperfections. Because I bent and broke them, the dowel pens did not always break to produce effective points so there was a percentage of loss. I also had to learn that the moment these pens came in contact with my drawing sheet, they wanted to unload a lot of ink.

On the other hand, the line quality that was possible proved to be extensive. By twisting the pen or by bending and placing more or less of the dowel’s length against the sheet, my lines widened or narrowed. Standing the pen up on its tip made a noticeably different line than sliding the dowel on its side, and a loaded pen had a much different voice than a depleted one.

I will admit that running with sticks has been risky business, but the risk has been worth it as these dowel pens have allowed me to create lines that are unabashedly loaded with passion. 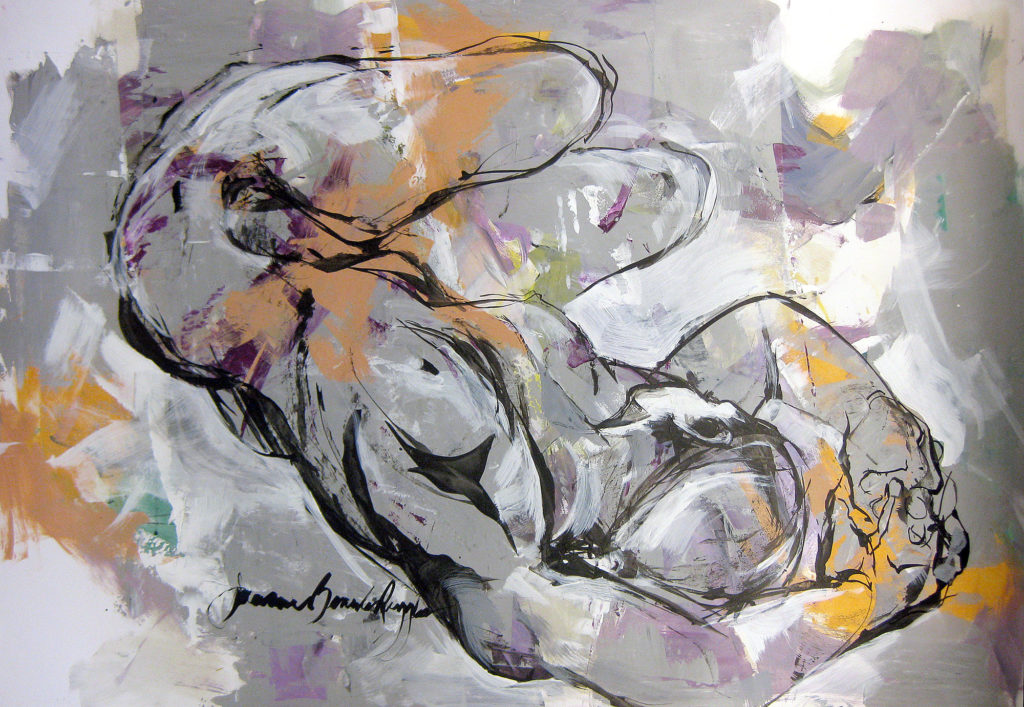 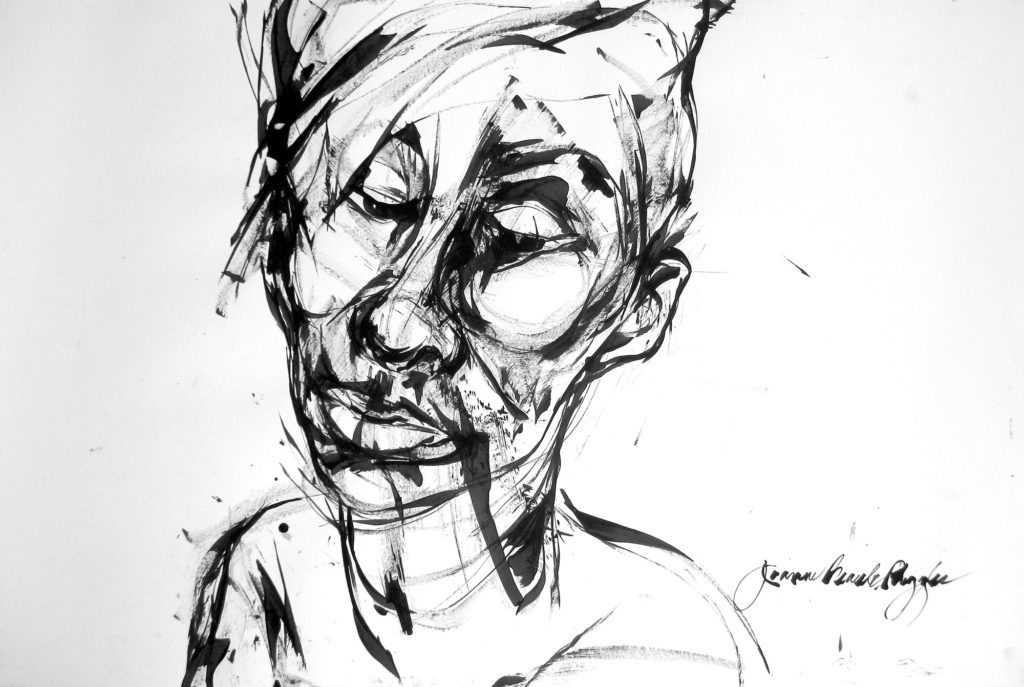 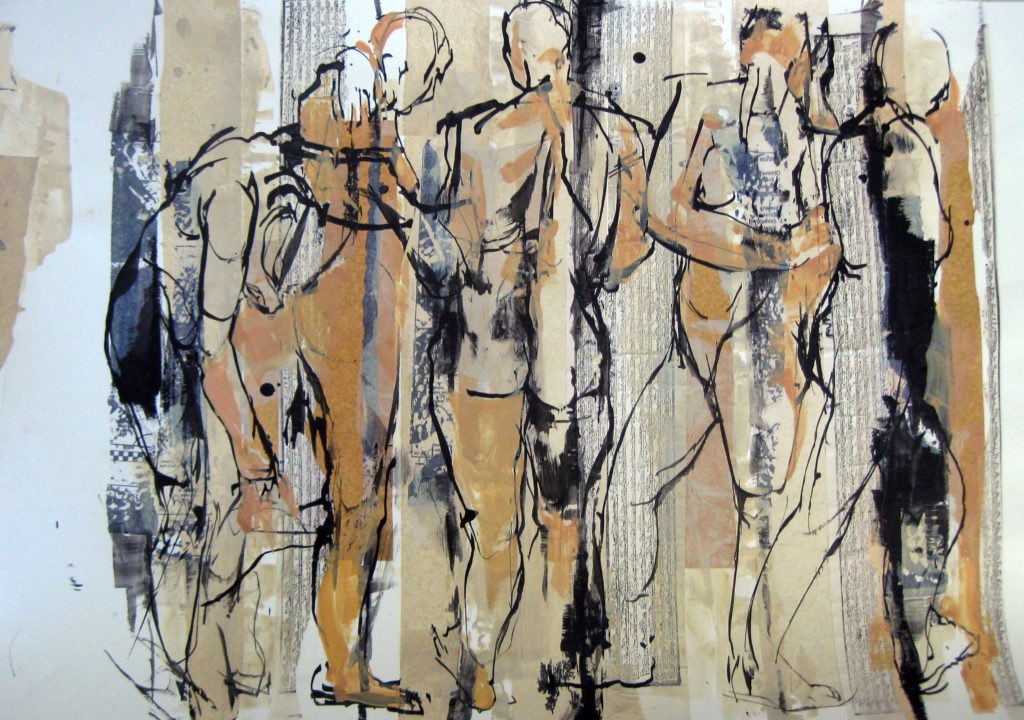 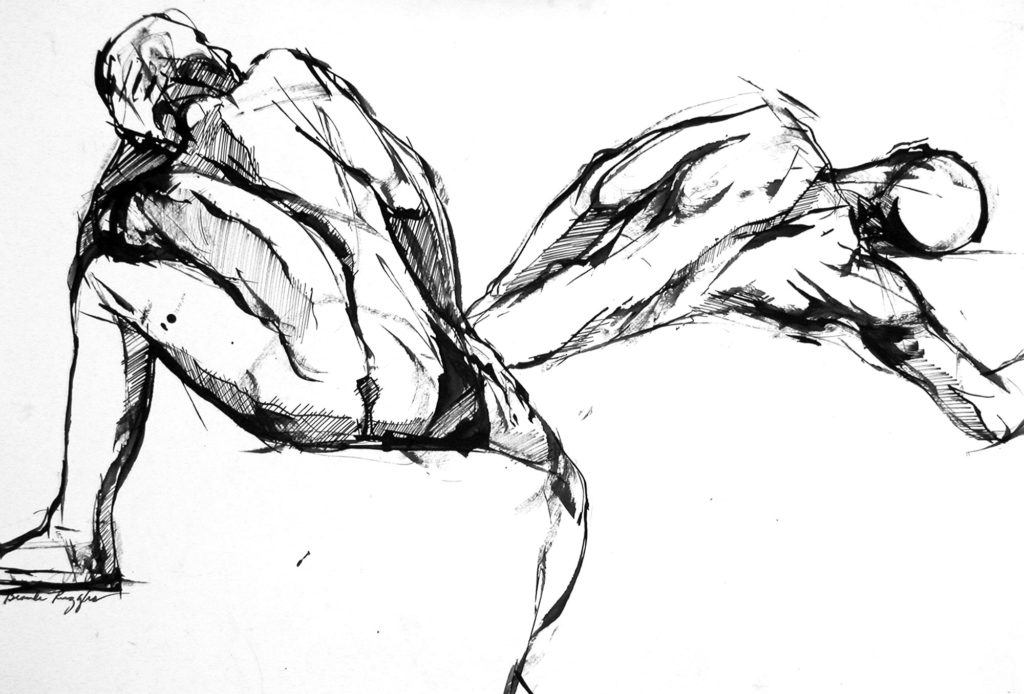 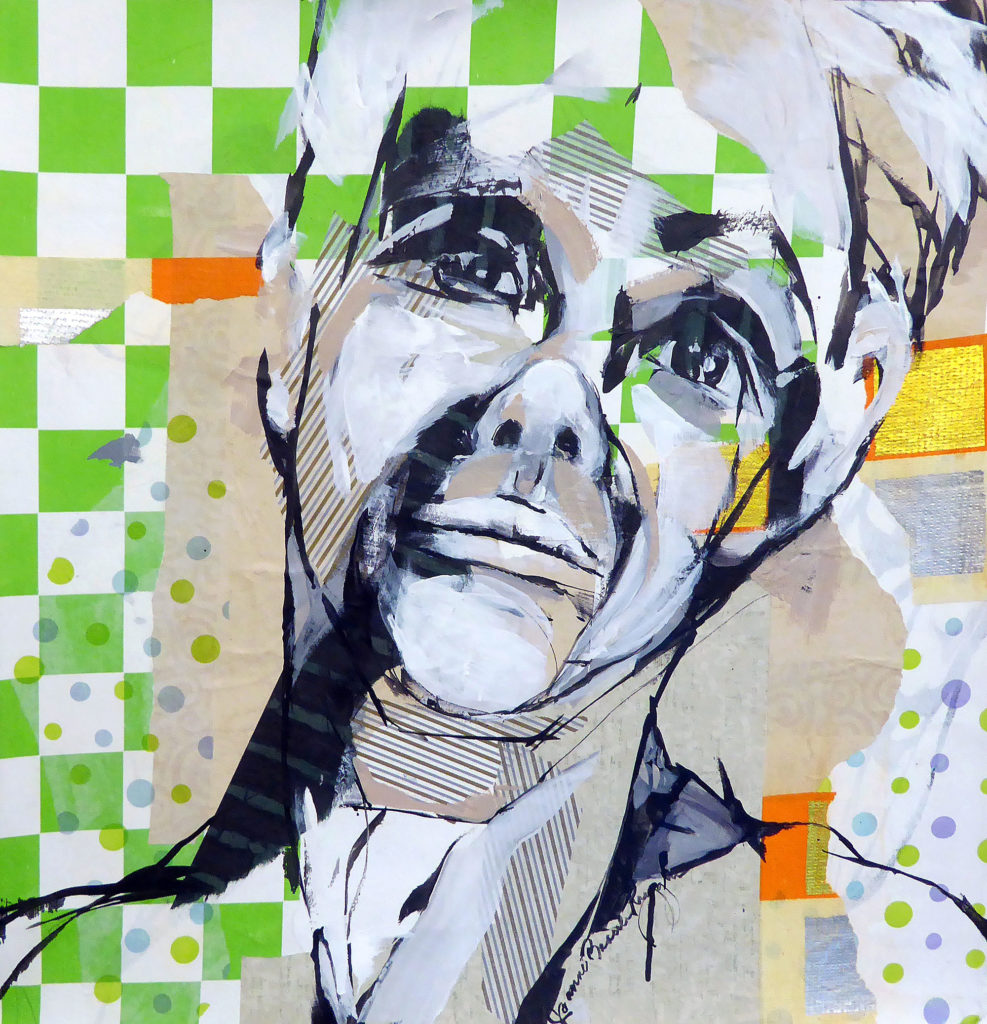 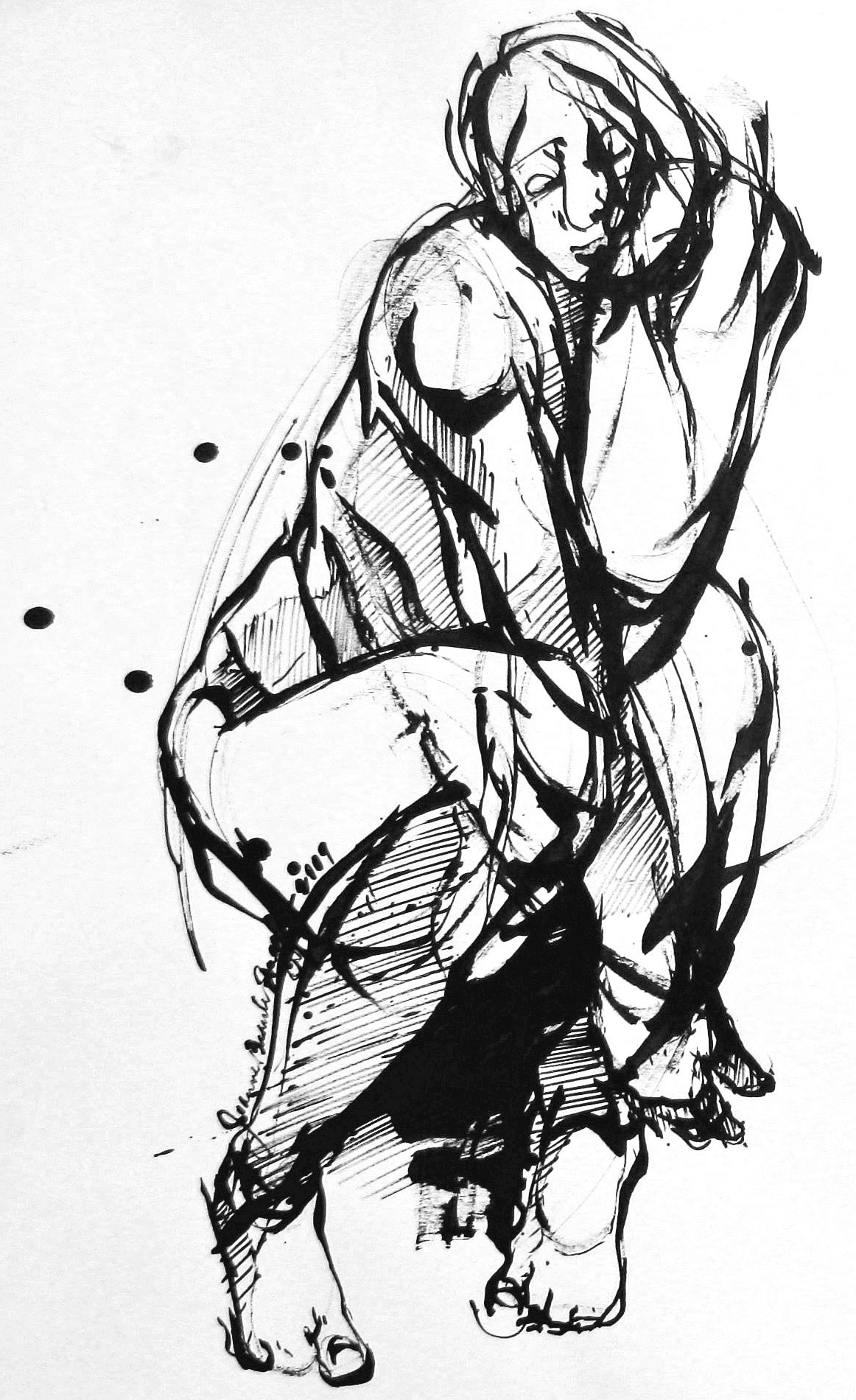 The Memory Still Haunts Her