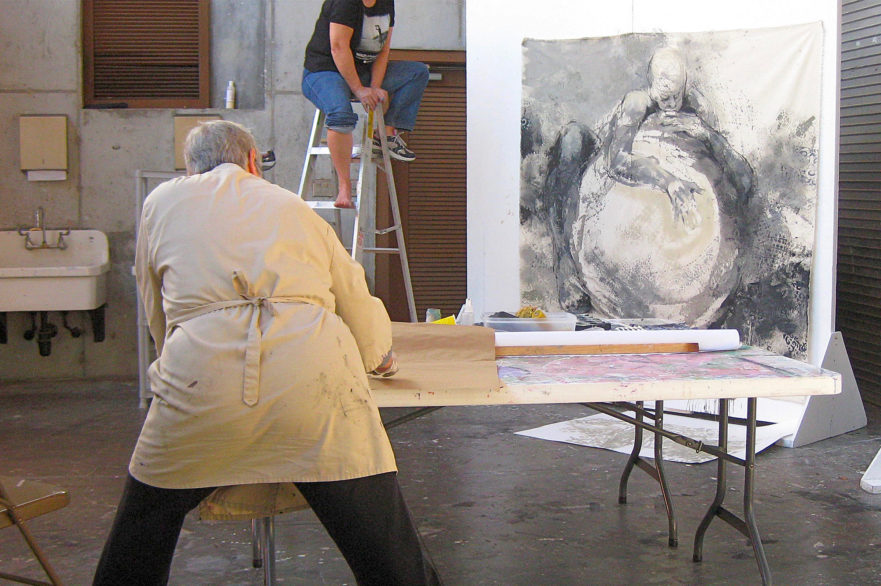 The germ of the idea for my Mother Earth: Hanging by a Thread series was presented to me while I was running a figure workshop at the Western Colorado Center for the Arts. A new model asked if she could bring in an exercise ball to work with on some of her poses. She said the large rubber ball would allow her to assume poses that were otherwise impossible to consider.

It was brilliant! She was able to recline backward and still have her spine supported. Similarly, she could drape herself over the ball in frontal poses. Initially, all I saw was a female model working with an exercise ball. Suddenly things changed. There was something about the way she wrapped herself around the ball that made me feel she was protecting it, cradling it, defending it. She became the metaphor for Mother Earth and the orb became the planet, and every pose set up another narrative along this theme.

I was consumed the idea of a series about the harm we have done to the planet. How does she feel under the assault? Are we wise enough to feel remorse? When a couple years later I had the opportunity to work in residence at an arts facility in Florida, I knew I would have time and space to tackle the series in large scale.

What was different was that I would not have my normal colorful paints. Luggage restrictions would prevent me from using anything but neutral gallons of house paint that were purchased on site – white, black, grey, and some cream. I recognized that I would be challenged by these restrictions to my normal visual language. I knew I would have to employ larger tools in order to effectively deal with canvases 7 x 11 feet in size. These forced changes allowed me to push myself to grow in order to tell Mother Earth’s story. 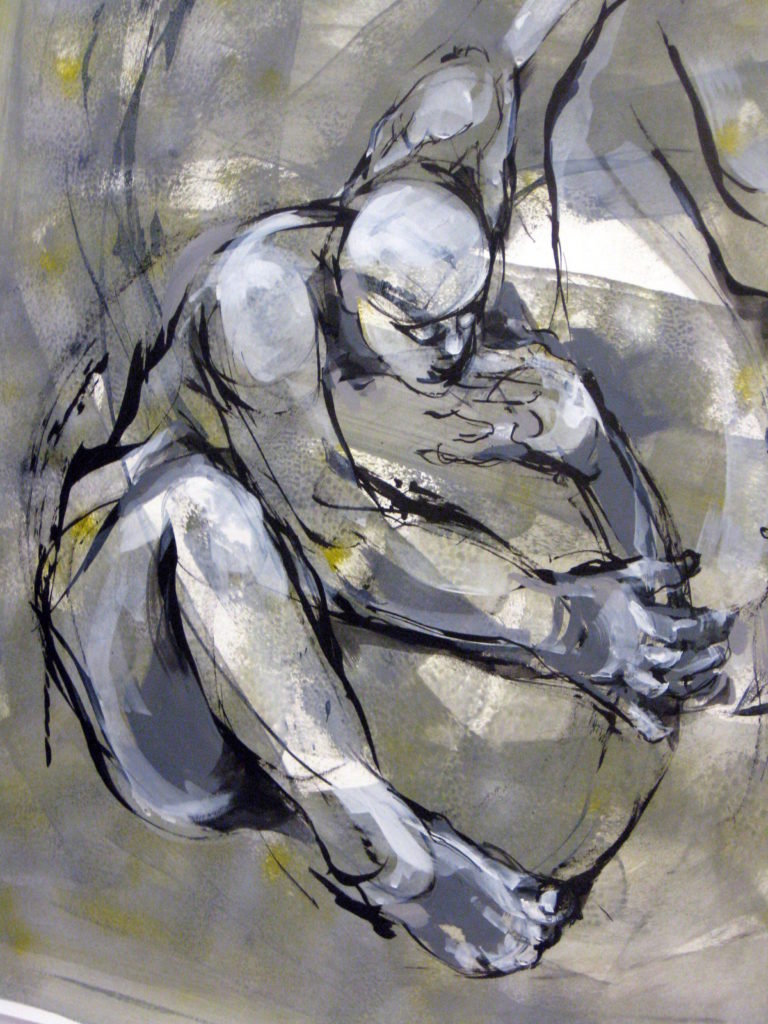