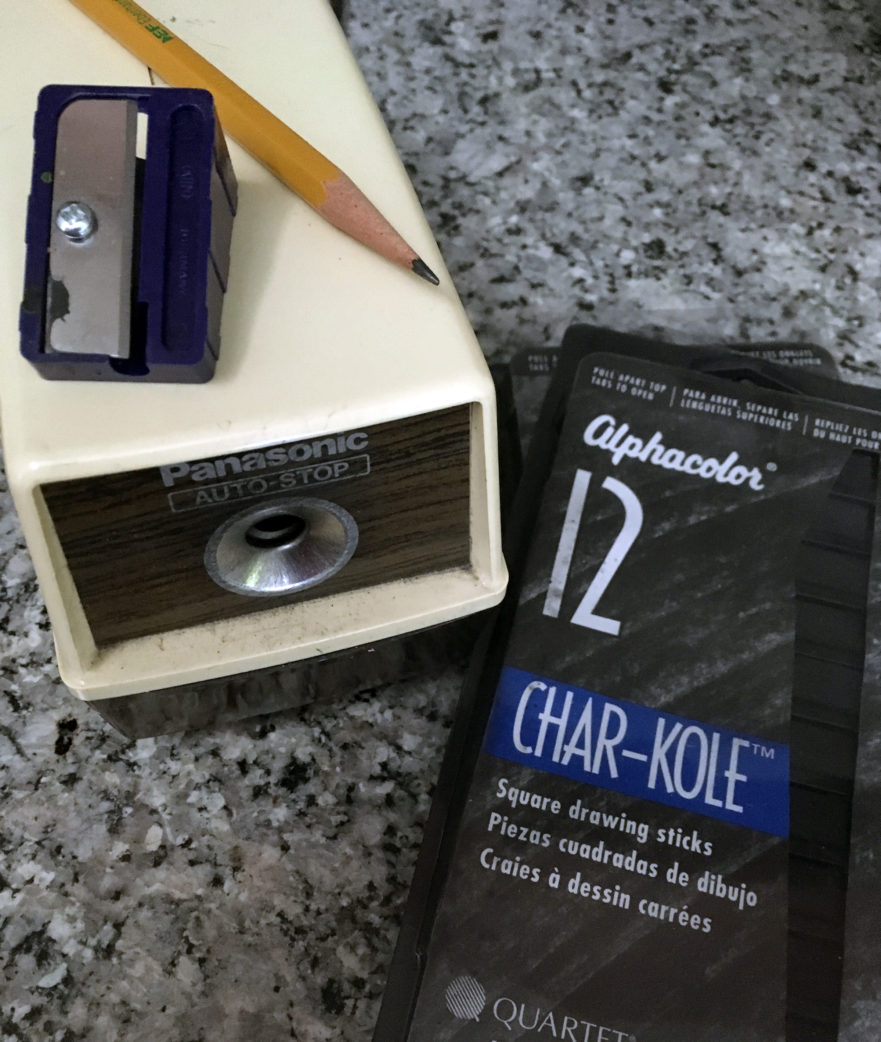 I have a zany artist friend always intent on sharpening her pencils. Every time she attended one of my figure workshops I had to prohibit her from using her electric pencil sharpener while we were drawing because the noise was distracting to everyone in the zone. We laughed about my restriction, as she dramatically and unsatisfactorily used a manual sharpener instead.

She knew the grinding bothered her peers, yet I know it’s absence caused her a certain amount of distress.  This was because she believed that IF she could get her pencil sharp enough, she could make that perfect line she was seeking. The truth is that precision in the tool is far less important than precision in the hand that holds it.

You might wonder how I came to that truth. Over the course of my university teaching career, I observed students repeatedly blaming their tools for whatever inadequacy they suffered. Individuals would invite me over to their drawing stands and berate the tool they were using. Our conversations usually went something like this (especially when talking about big blocks of soft black Char-Kole) –

“This THING is simply inadequate to the TASK at hand!”

“Yes, I could do the TASK, if only I could use a better THING.”

“Do you want me to give it a try? Maybe the THING could work.”

“Well, before we give up, let’s see…I feel optimistic.”

Inevitably, the flawed tool would accomplish what was supposedly impossible – as a result of my exercising considerable more hand skill than the student had yet developed. The student’s eyes would then widen as if they had just witnessed a miracle.

This misconception can hobble the development of your skills. It has taken decades, but I have learned that the cruder your tool, the more your hand has to make up for it. The more precise your tool, the sloppier your hand skills can be. Does that make sense?

(As a practical example – I am convinced one of our local beauticians/artists could give me a great haircut with a pair of lopping shears…after practicing her craft for decades, her hands are just that good.) 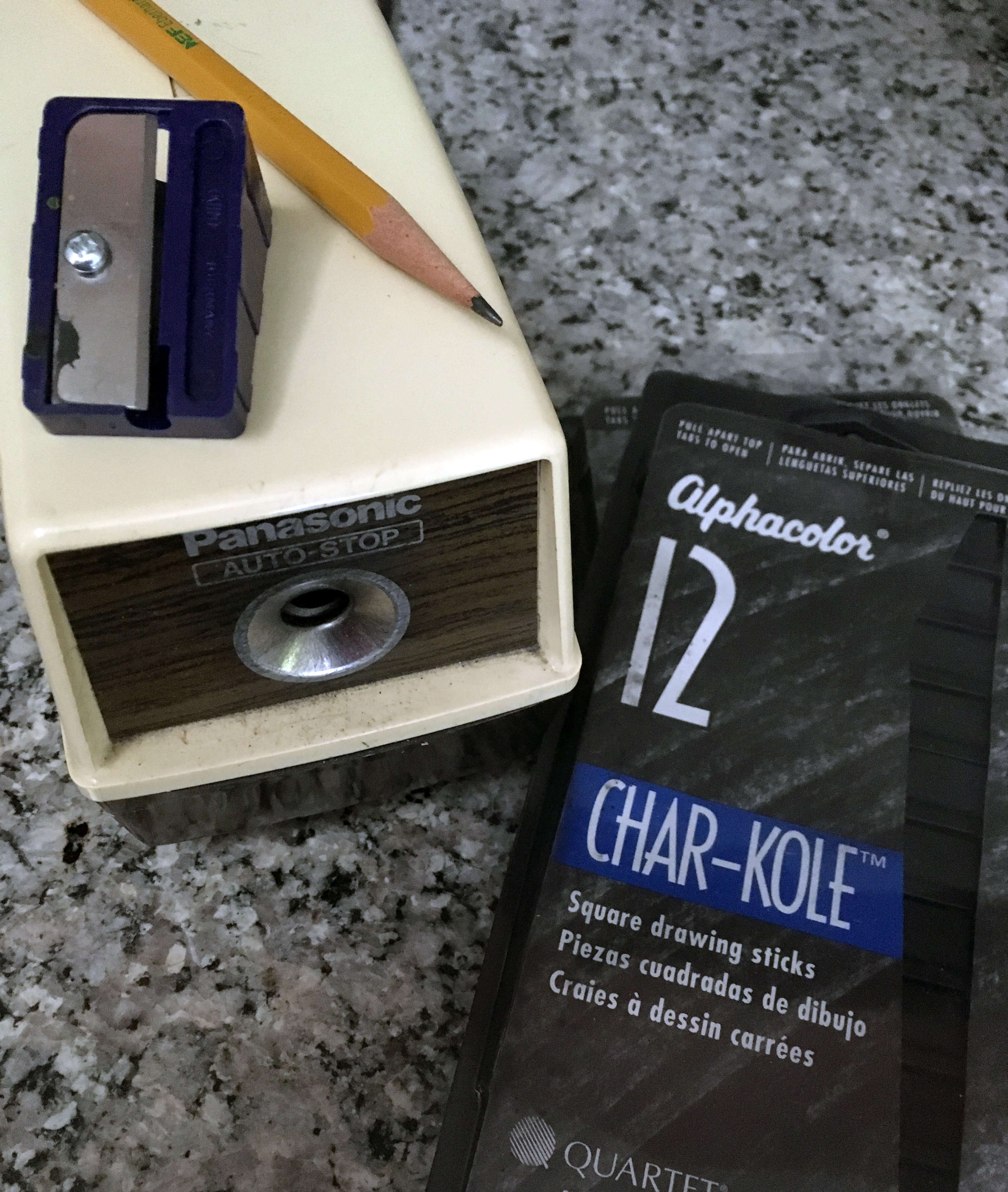